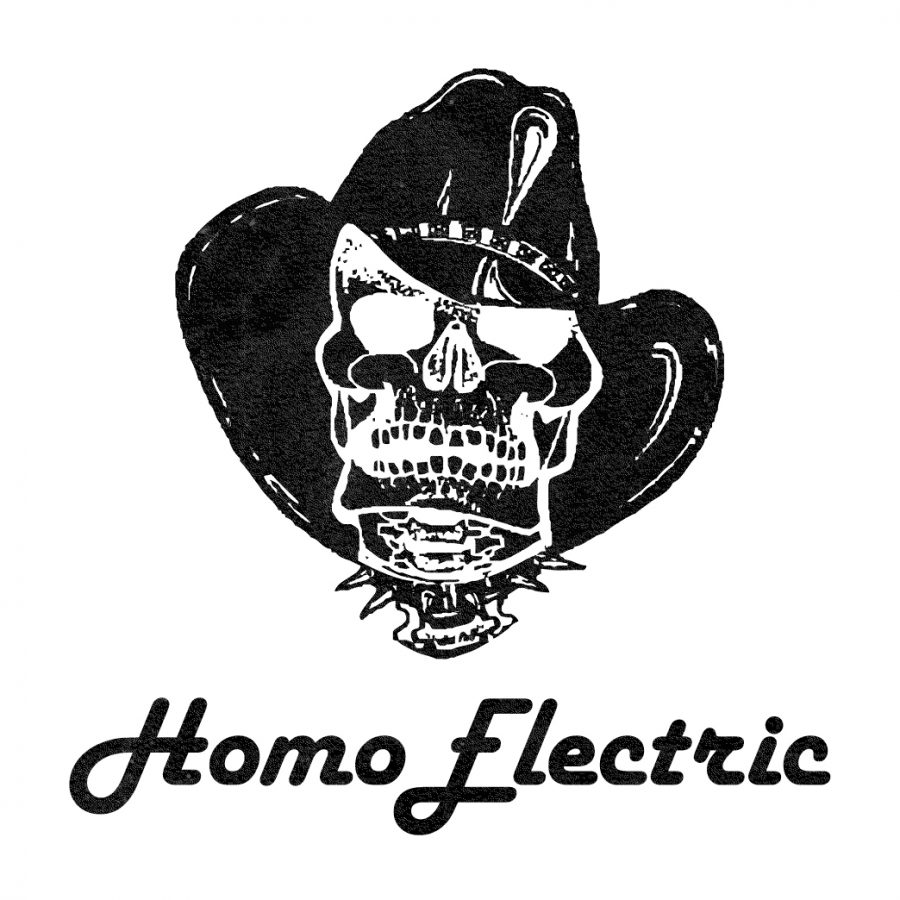 “Ivan Smagghe playing ‘Relax’ on an
industrial estate in Manchester in
2016. That kind of sums Homoelectric up.”

January 2016. Luke Unabomber is stood outside Hidden, a
peripheral club space on a skanky industrial estate just
outside Manchester city-centre. It is raining. It is cold. It is
10pm. The forbidding outline of nearby Strangeways prison
dominates the night skyline. Luke, the creator of
Homoelectric, one of the city’s longest-running and most
subversive club events (“for homos, lesbos, heteros, don’t
knows”) is panicking. Will anyone come? Is this off-grid
location a step too far?

“That night,” says Luke, “literally the first person in was a
drag queen from San Francisco and, it sounds trite but,
immediately, I knew we’d found our home again. People came
in droves: from 45 year-old transvestites from Blackburn to
young gay kids who go to Berlin and love house and techno
militantly. They never go to [Manchester’s] Gay Village. It
means nothing to them. But in Homoelectric they’ve found a
home. Every time the night moves we lose people, we pick
new people up and it regenerates. But this felt as much our
crowd as it ever did at the first Follies nights. It was
bubbling.”
That night, in Hidden’s raw basement, playing to a typically
atypical crowd of riot grrrls and rake-thin ravers, stray indie
kids, veteran gay clubbers, various outrageously
(under)dressed local peacocks, the guest DJ, Ivan Smagghe,

dropped a long and mysterious edit of Frankie Goes To
Hollywood’s ‘Relax’ to a, frankly, ecstatic reception. Jamie
Bull, resident DJ and Homolectric’s co-promoter, smiles at the
memory: “Ivan playing ‘Relax’ in Hidden in 2016? Culturally,
that kind of summed-up everything that Homoelectric is
about.”
“It’s a haven for the misfit tribes, the

Remarkably, in various guises and at myriad venues (“We’ve
had more comebacks than Duran Duran,” laughs Jamie),
Homoelectric has been creating such moments for over 15
years. A queer night before queer became an ideology,
Homoelectric has always been a haven for the, “misfit tribes,
the strays and dark horses” – people who refuse to think in
binary terms, be it about their sexuality or the music they
listen to. Consequently, it has always been, not just an epic
party, but a living critique of, first, mainstream gay culture
and now the gentrification that is forcing dissenting creativity
out of Manchester city-centre.
“The clubs we used to use, are what? A generic hotel, a
Tesco?” asks Jamie. “So we end-up in crazy places.” Recently,
Homoelectric has welcomed Horsemeat Disco and Prosumer to
Rusholme’s Antwerp Mansion (“A former Tory club and squat.
Like a Scooby Doo house-meets-Salon Zur Wilden Renate.”),
and introduced guests such as Mr Ties to Hidden. In its days at
Legends, a labyrinth leather and fetish club, Homoelectric
brought together DJs such as Erol Alkan, Optimo, Andrew
Weatherall, indie darlings the Ting Tings and Arctic Monkeys,
and icons like Marc Almond. This was a collision of cultures

that was unheard of in the then sterile world of early-
noughties gay clubbing.

“Acid house hit the gay scene later,
but it was incredibly liberating.”
The origin of that attitude – that thirst for cultural and tribal
cross-pollination – goes way back, pre-acid house, to an era
when a minority of underground gay venues provided a radical
alternative for often mixed, bohemian crowds. Luke: “I was
going to a gay pub, the Cossack, when I was 15 because the
music was interesting and I felt comfortable there.” Similarly,
in early 90s Manchester, a network of marginal gay clubs
(Spunk at No1, Glory Hole), attracted not just gay men and
women alienated by the traditional Canal Street scene, but
also, recalls Luke, straight acid house ravers who were
sickened by the designer clothes, steep door prices and
gangsterism creeping into clubland. “Acid house hit the gay
scene later, but with equal force. It was an incredibly
liberated environment where I met Kath McDermott and
Philippa Jarman, Homoelectric’s first residents.”
That utopian moment, however, was followed by Manchester’s
gay scene undergoing a wholesale reinvention, a coming-out
of seismic proportions that throttled that acid house spirit.
After decades of hiding in the shadows around Canal Street,
the area became the designated Gay Village as a new
generation of self-confident gay men (and businesses)
announced themselves as out and proud. It was a liberation
but one that, by the late 90s, had begun to turn sour. The
political and cultural resistance once central to gay culture
was being airbrushed from history as the Gay Village

coalesced into a forum for endless, monocultural self-
celebration. A certain look (gym-toned) and soundtrack (hard

house) were ubiquitous. A sizeable minority of non-compliant
gay Manchester felt utterly excluded from the party.
“Homoelectric was a massive fuck you

to all that bullshit.”

“What we’d loved about the Village was being eroded,”
recalls Luke, and thus Homoelectric was born. Launched in
Follies, a lesbian bar on the Village fringe – playing disco,
house and R&B in one room and a chaotic mix of post-punk,
electro and indie in the other – the night was immediately
disruptive. For instance, the fact that Homoelectric admitted
men and women challenged the scene’s misogyny. “The old
guard would say to us, ‘we don’t want fish in our clubs; how
dare you mix gays and lesbians?’ It was a real backlash from
conservative gay men. Homoelectric was a massive ‘fuck you’
to all that bullshit.”
Spurred on by Ryan Minchin, then co-promoter and chief
agitator, Homoelectric went on the offensive, plastering Canal
Street with provocative posters, “Gaychester You’re Dead”,
“Be Ugly”, “Being Gay Is A Waste Of Time”. On the door,
anyone with a sense of undue entitlement was merrily
knocked-back – including the then Mr Gay UK. There is less
explicit sloganeering these days, but the implicit meaning of
Homoelectric has never changed. In its anti-elitist door policy;
in its endlessly evolving musical remit; by regularly refreshing
its resident DJs (currently Jamie Bull, Will Tramp and Gina
Breeze); in its choice of grubby, unlikely venues; it has always

been a dynamic and dissenting, contemporary, underground
clubbing experience.
“People need that sense of love and
belonging to a non-mainstream

The need for such a place is, says Luke, greater than ever:
“Brexit Britain is so horrible that people are desperate to
escape, even for one night. You can feel it – in the solidarity
of the queer underground internationally, particularly after
Orlando, or in the warmth of people as they interact on the
dancefloor. People need that sense of love and belonging to a
non-mainstream family… somewhere.”
That is Homoelectric and that is why Homoelectric is so loved.
It is a space, a feeling, a sound even, that is persistently and
invigoratingly different.