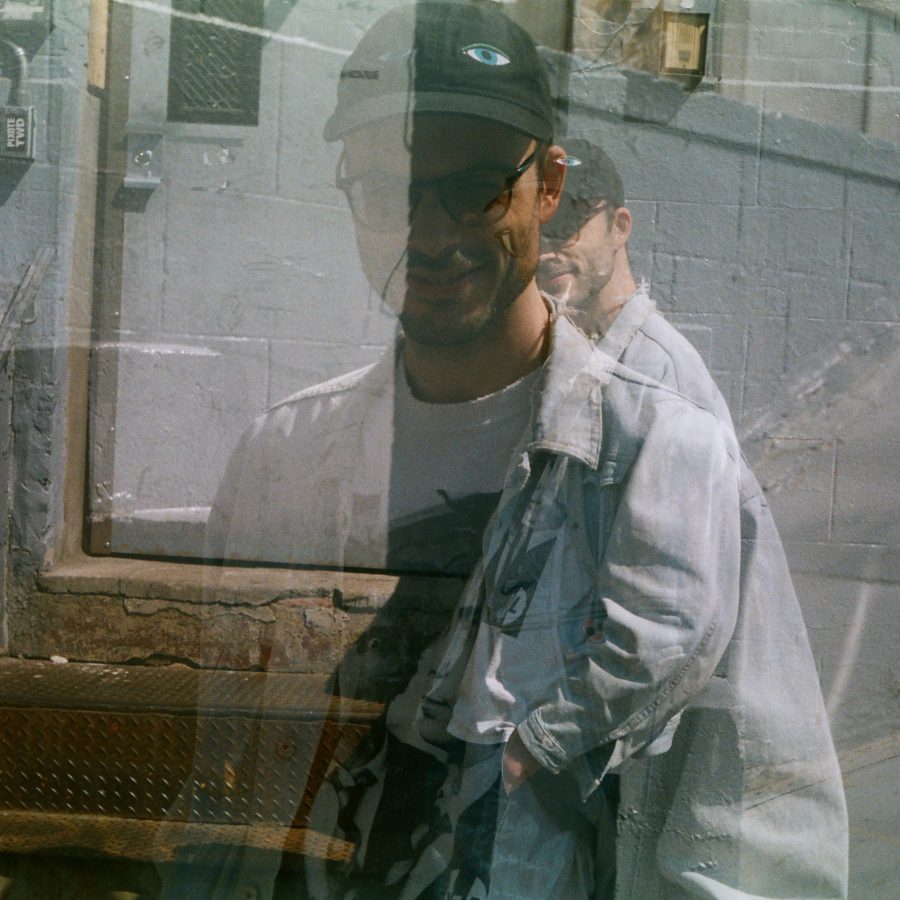 Since his musical debut in the early 2000s, Joakim has been the most fascinating outsider of the French electronic music scene, carefully avoiding being pigeonholed and crafting multiple hats over the years

A solo artist with 6 critically-acclaimed albums under his belt.

A label founder and manager (the celebrated Tigersushi and the vinyl-only Crowdspacer imprint).

A crate digger since his teenage years in the mid 90s and a praised DJ with a unique approach to blending genres in a seamless way, inspired by legends like Ron Hardy, Larry Levan or Optimo (who made the honour or inviting him to sub for their legendary Subclub residency twice) making him equally at home at Panorama Bar, a festival stage or an art event.

A self-taught graphic designer (he designs his record covers and most of the label’s artworks).

And finally a sound artist (Joakim’s solo works have been shown at Gwangju Biennale, Centro pecci… besides his close collaborations with Camille Henrot on her videos and installations).
From “Fantômes” deviant electronica debut in 2003, to “Nothing Gold”’s sunny melancholic Pop in 2011, from “Monsters & Silly Songs” cerebral post punk in 2006, to 2017 “Samurai”s dreamy atmosphere, impeccable song writing and lush textures, Joakim has left his fingerprints on current electronic music, modernizing and hybridizing it, tracing his very own path, with no concern for schools and genres, be it techno, krautrock, noise, ambient, R&B, post punk or everything “proto”.

In 2013, Joakim moved to New York and established his Crowdspacer studio in Brooklyn, sharing the same name with the label he launched in 2014 with the help of Rush Hour as an outlet for his club orientated productions and collaborations (Kindness, Krikor, Bryce Hackford…).